Partners in Population and Development (PPD)

The Africa Regional Office (PPD ARO) links 15 African countries who are members of PPD. The organization works through three strategies:

Partners in Population and Development (PPD) is a Southern-led, Southern-run inter-governmental organization with deep commitment to improving the reproductive health and rights in collaborating and partner countries, in strategic partnership with NGOs and other civil society organizations. PPD was founded with ten country members in 1995 to promote south-south cooperation in reproductive health and population and development.

The membership has steadily grown to 24 countries which collectively encompass more than half the population of the entire globe. Fourteen of these countries are in Africa. Each member country is committed to the Partners’ ideals and pays an annual membership fee as a demonstration of that commitment.

Following the Millennium Summit in 2000, which resulted in the eight MDGs, PPD moved swiftly to address not only the goals of the ICPD to which it had been committed since 1994, but also the linkages between reproductive health and population issues and the MDGs. Moreover, the PPD Board, comprised of ministers from each of the member states, recognized that the MDGs could not possibly be met unless the reproductive and population needs of Africa received much higher priority. Progress towards universal access to reproductive health has been made in member countries, but unfortunately, it has been uneven. Furthermore, the concept, benefits and modalities of south-south cooperation are not well understood and appreciated, particularly in and among African countries. Consequently, South-South cooperation modalities are underutilized and their full potential is not realized.

For these reasons, in a major strategic adjustment, the PPD Board decided to manifest PPD’s commitment to intensify its activities in Africa by establishing a special regional presence. And in early 2007 PPD opened its Africa Regional Office (ARO) in Kampala, Uganda with the mandate to coordinate a renewed and concerted effort to realize the Vision of “a continent that meets its reproductive health needs, promotes the population and development agenda and thereby addresses poverty, through south-south cooperation.”

PPD is governed by a Board of Ministers or other high-ranking government officials in the field of population and development from all member countries. PPD Board Members’ responsibilities include advocacy, resource mobilization, and general governance oversight.

More information on membership and governance can be found at the PPD Secretariat’s website: http://www.partners-popdev.org/

Annual Reports can be downloaded from the PPD Secretariat’s website at: http://www.partners-popdev.org/reppub/rptpub_annreports.asp 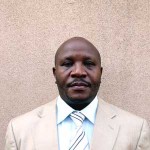 Mr. Patrick Mugirwa is a Programme Manager at the Partners in Population and Development Africa Regional Office. He has over 12 years of practical experience in designing, implementing and evaluating development programs including education, health, sexual and reproductive health, family planning and HIV/ AIDS. He was a co-facilitator in developing the GOU/UNFPA 5th Country Programme (2001 – 2005) monitoring and evaluation framework for reproductive health. As senior officer in the department for monitoring and evaluation at the Population Secretariat in 2002, he was in charge of developing participatory reporting; monitoring and evaluation frameworks for UNFPA supported projects. He spearheaded the development of the Uganda AFFORD Performance Monitoring Plan and oversaw its implementation as a Research, Monitoring and Evaluation Manager at AFFORD/UHMG. His strengths include social research and analysis (quantitative and qualitative), monitoring and evaluation, impact assessments. He holds a post graduate diploma in Project Cycle Management from Maastricht School of Management, The Netherlands; a bachelor’s degree in Economics and a master’s degree in Economic Policy and Planning from Makerere University, Uganda.

Ms. Eva Nakimuli is  a Program Officer at Partners in Population and Development – Africa Regional Office (PPD-ARO).  Prior to this posting, Ms. Nakimuli served as a National and Senior National Programme Officer in the Family Health Department of the National Population Council formerly known as the Population Secretariat, Ministry of Finance, Planning and Economic Development.  She has a wealth of experience in the Sexual Reproductive Health, Gender, Population and Development advocacy and programme design for over ten years.  This has exposed her not only to local, but also regional and international Reproductive Health/Family Planning programmes.  She holds a Master’s degree in Population and Development from Makerere University in addition to a series of short-term professional trainings in Maternal Child Health (MCH), Reproductive Health and Family Planning among others undertaken in Uganda, Kenya, Tanzania, the United Kingdom, China, the USA and Israel.

Achilles Kiwanuka joined PPD ARO in June 2016 after close to four years of Grants Management as Senior Programme Officer with the Norwegian Embassy in Kampala. He previously worked in different positions with the French Embassy and the Canadian Consulate in Kampala. He holds an M.A in International Relations and Diplomacy with a bias in Political Economy, Gender and Politics of the Environment, a PGD in Education from Makerere University and a Bachelor of Philosophy from Urban University. Bilingual in French and English, he is very familiar with the regional and African socio-political-economic spectrum with wide experience in Programme Management, M&E, Governance, Education Cooperation, Gender mainstreaming, Reproductive Health programming and Communication. Treasured long experience of work within international and intercultural settings both within and outside Uganda. He studied and worked in Switzerland, Mali, France and Burundi. He coordinated Norwegian Development Cooperation with Burundi where he monitored funded programs with government, World Bank, Civil Society Organizations and UN agencies. He was in charge of Civil Society and Northern Uganda and monitored large-scale programmes in Education and Women Economic Empowerment through livelihood projects, cash transfers and capacity building.

Mrs. Betty Mukyala Oburu is the Finance Officer at Partners in Population and Development  Africa Regional Office. She has over 8 years of working experience in the field of Accounting, Finance and Administration, particularly in not-for-profit Organizations.  Her major strength is the ability to oversee the administration team to ensure smooth running of the organization’s core business, reviewing donor agreements and ensuring that the expended grants are based on approved work-plans, ensuring timely reporting to donors, preparation of management reports, as well as keeping records in accordance to IFRS and GAAP. Mrs. Oburu holds a Masters of Business Administration (MBA –with a bias in Finance) from Uganda Martyrs University, a Bachelor of Commerce Degree (B.Com- with a bias in Accounting) from Makerere University. She is also a Certified Public Accountant (CPA) attained at the Institute of Certified Public Accountants Uganda (ICPAU).  Ms. Oburu has grown her career steadily having started as an Accountants trainee in 2006 with Reproductive Health Uganda formally Family Planning Association of Uganda, from where she Joined the Makerere University Walter Reed Project (MUWRP) where she worked in the Accounts and Finance Department, took minutes of Management meetings and Administration Conference calls before joining PPD ARO.

Mr. Semusambwa Baker is the Administrative Assistant for the Partners in population and Development Africa Regional Office. Mr Semusambwa Baker has 8 years’ experience in Accounting, Administration and Procurement. He holds a Master’s Degree in Business Administration, Bachelor’s Degree in Commerce and is a Certified Public Accountant of Uganda. Before Joining PPD-ARO in October 2012, he worked as the Accounts Officer for Dairy Development Authority under Ministry of Agriculture, Animal Industry and Fisheries- Uganda since March 2008 to October 2012 and Secretary Contracts Committee for the same Organization from 2009 to October 2012. He has up to date changes in accounting procedures and legislative developments, undertook specialist courses on subjects such as financial reporting, regulation, IT, tax and IFRS.  He has the ability to develop and share insights and the aptitude to mobilize and inspire others to action he is able to find possibilities and develop people, utilizing their strengths, and shape the future.

Ms. Charity Birungi is the Partners in Population and Development Africa Regional Office’s Secretary/Administrative Assistant. Her position is supported by the National Population Council Secretariat of the Government of Uganda. Ms Birungi holds a Post Graduate Diploma in M&E, Bachelors of Science in Project Planning and Management as well as a diploma in Business Administration from Nkumba University, Uganda.

From 2005 to 2006, she was the Administrative Assistant for the Uganda Country Office of the Policy Project, Futures Group. Previously, she worked for the World Food Program in Kigali, Rwanda, and also accumulated years of administrative experience working for a number of private corporations in Uganda. In addition to fluency in English, she speaks several Ugandan languages. 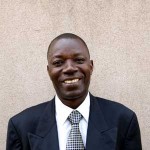